In my last post, Sharren asked about the Queen-sized Clovers. So, here is my review! 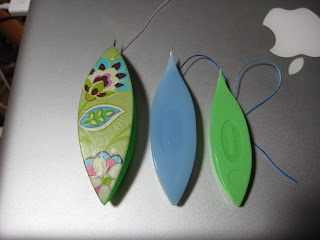 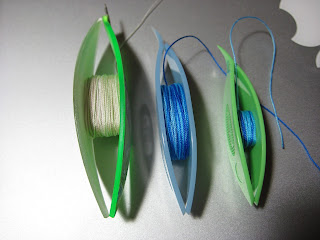 I have long been a fan of the pick tip on the Clover. No, it's not a hook, but I do pretty well with it. I find the pick tip on the Starlit to be way too long and useless for the way I tat. I do like La Cossette's adaptation with the hook embedded in the end where the pick tip used to reside. I don't mind the size of the Starlit, but I have read that many of you find it to be way to big for your hand. I totally understand. However, the Starlit was a great improvement for me over the Tatsy, which I still use for big projects.

I think the price of the Queen-sized Clovers is ridiculously high. However, I love the color, the feel, and the pick tip, so I didn't mind indulging this time. Will I buy more? Probably... if they come out with more colors! ;-)
Posted by Lace-lovin' Librarian ~ Diane at 6:27 PM