Dave has been very busy at work, which means he needs my help with bookwork at night. It's nice to be needed, but it does cut in to my tatting time. When it comes to choosing between gathering dust bunnies and tatting, I choose tatting. After all, school will be out in a few weeks, and I can take care of those dust bunnies then! 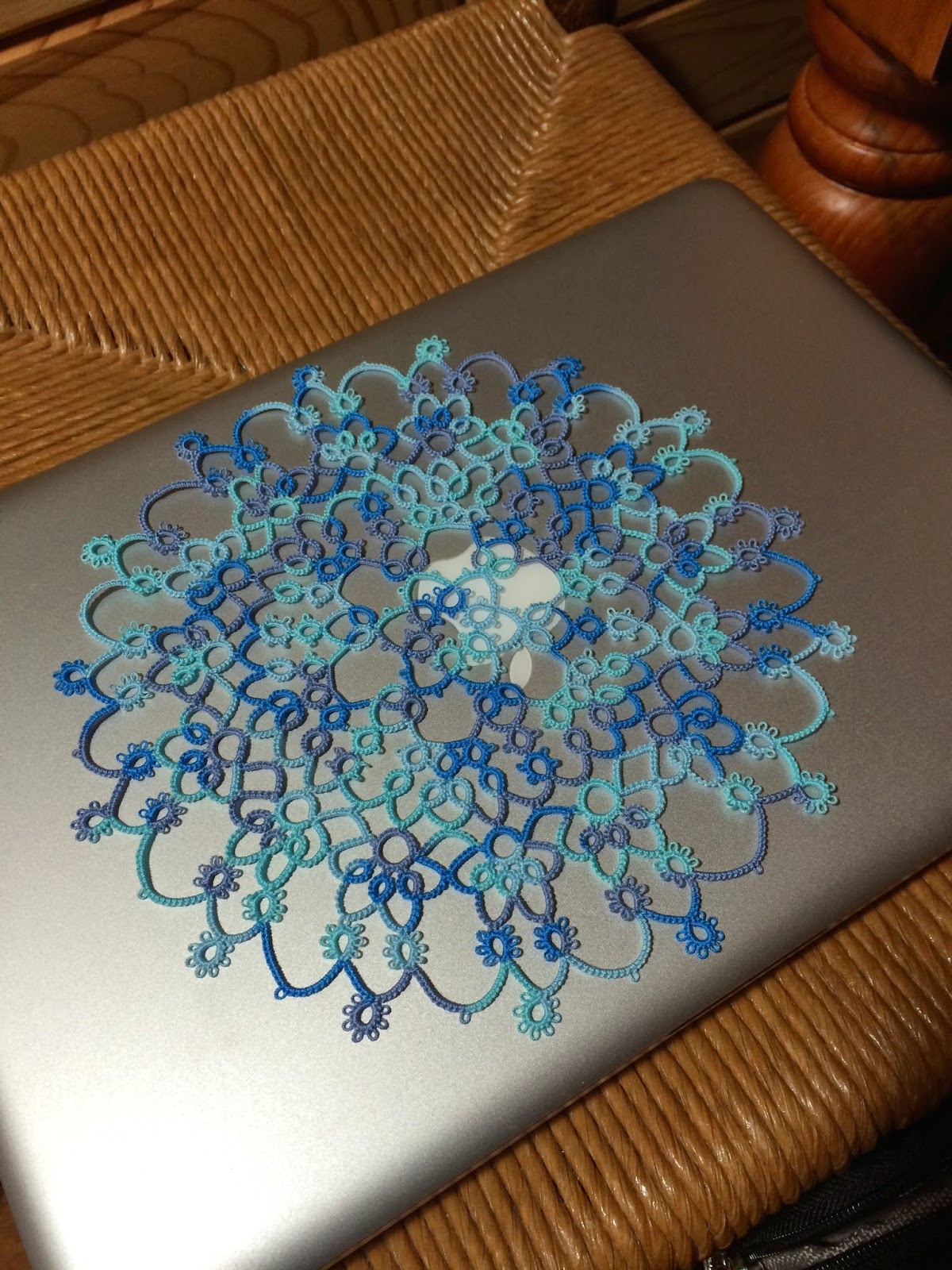 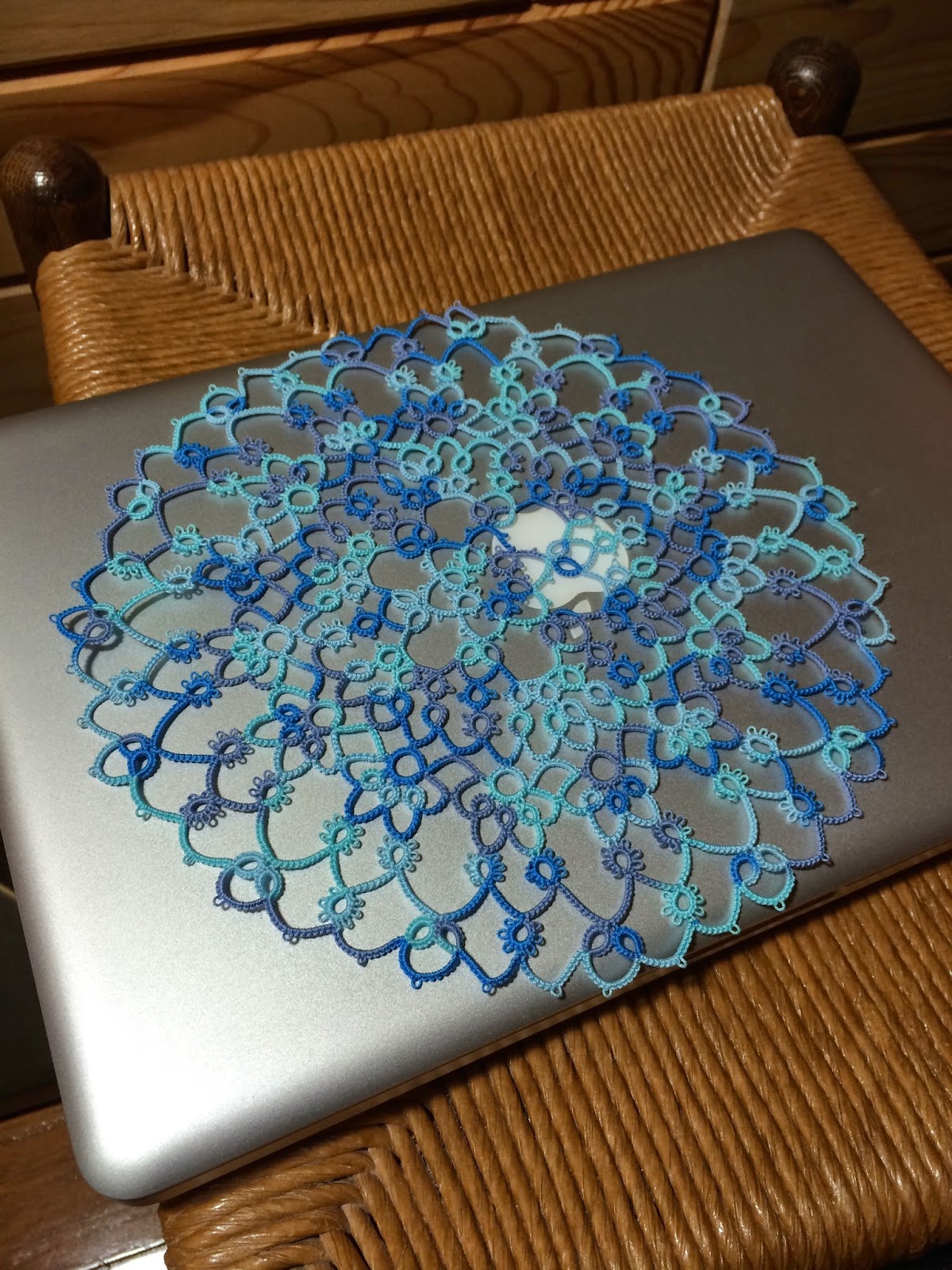 I think it's coming along nicely!

My tatting students have been tatting up a storm! Some of the second graders have already earned prizes, and they have convinced me to have another after-school session before the end of the school year. Over the summer, I plan to have some tatting get-togethers at my house. What fun! 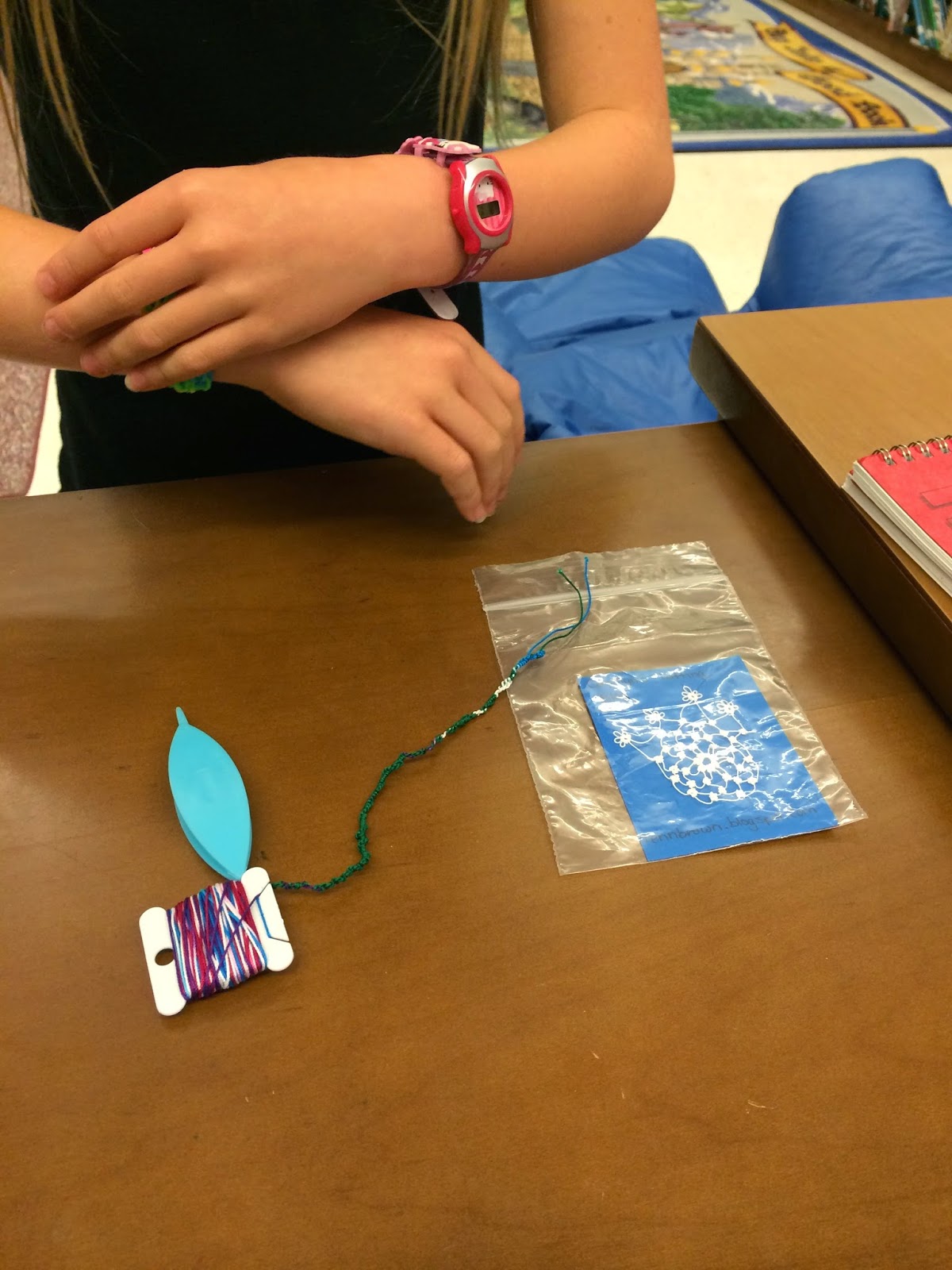 I think my big task for the summer will be to refill the prize tins! 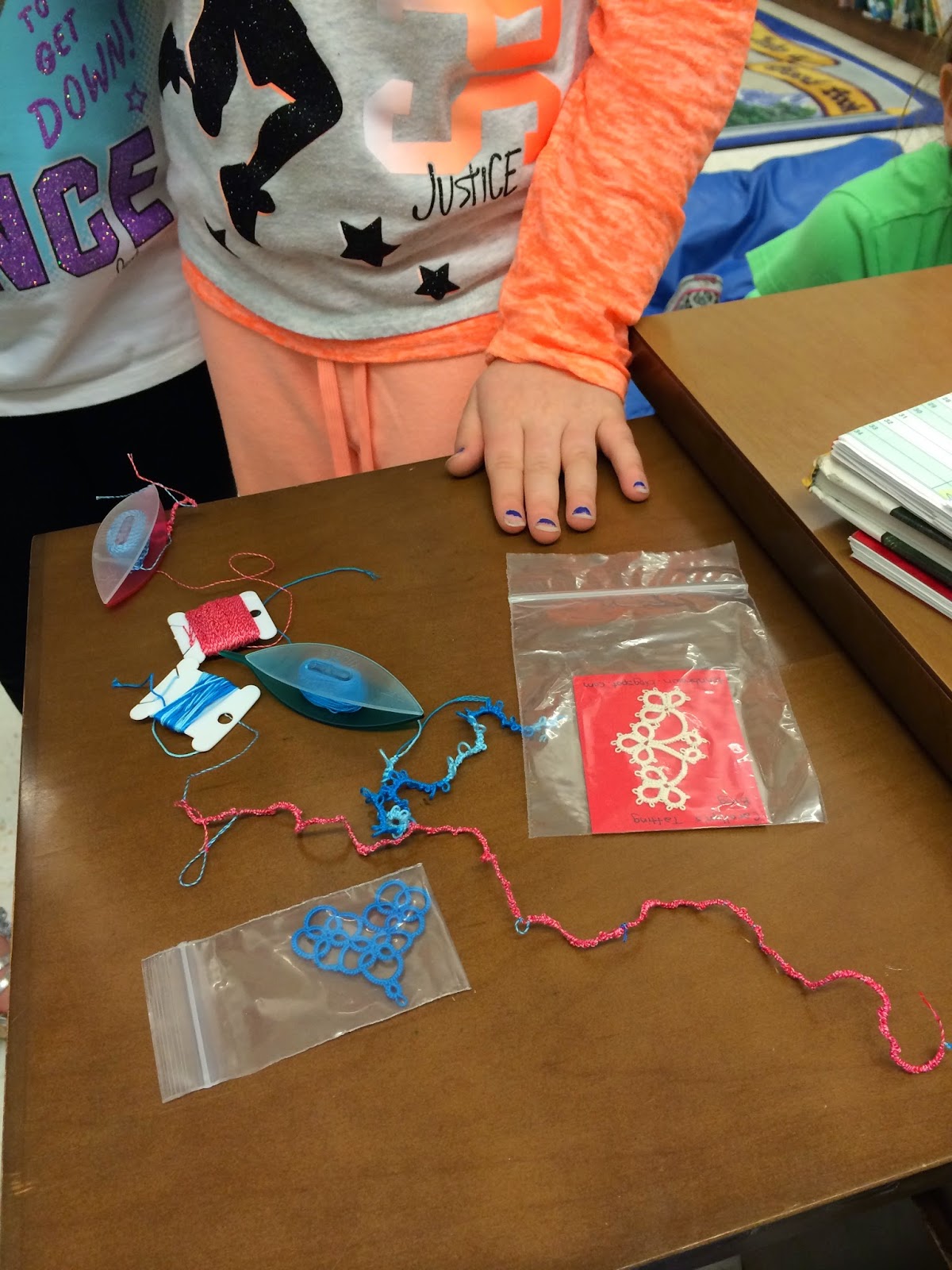 I did a little reorganizing in my sewing room this weekend and I found some paperclips I had purchased a few years ago with the intent of adding some tatting. 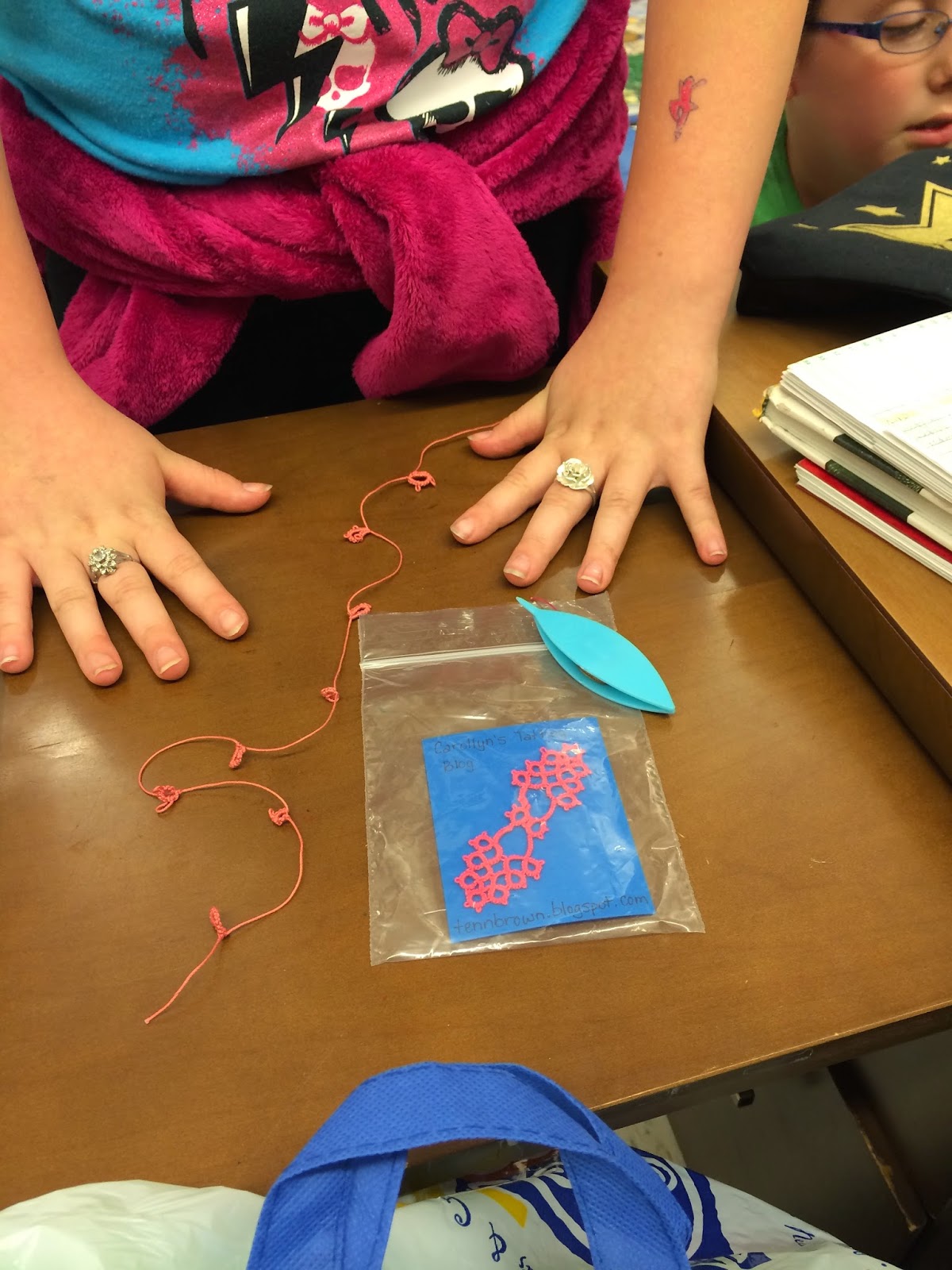 After seeing how much the kids loved the paperclips that Lou Dawn sent, I am inspired to take the time to learn. 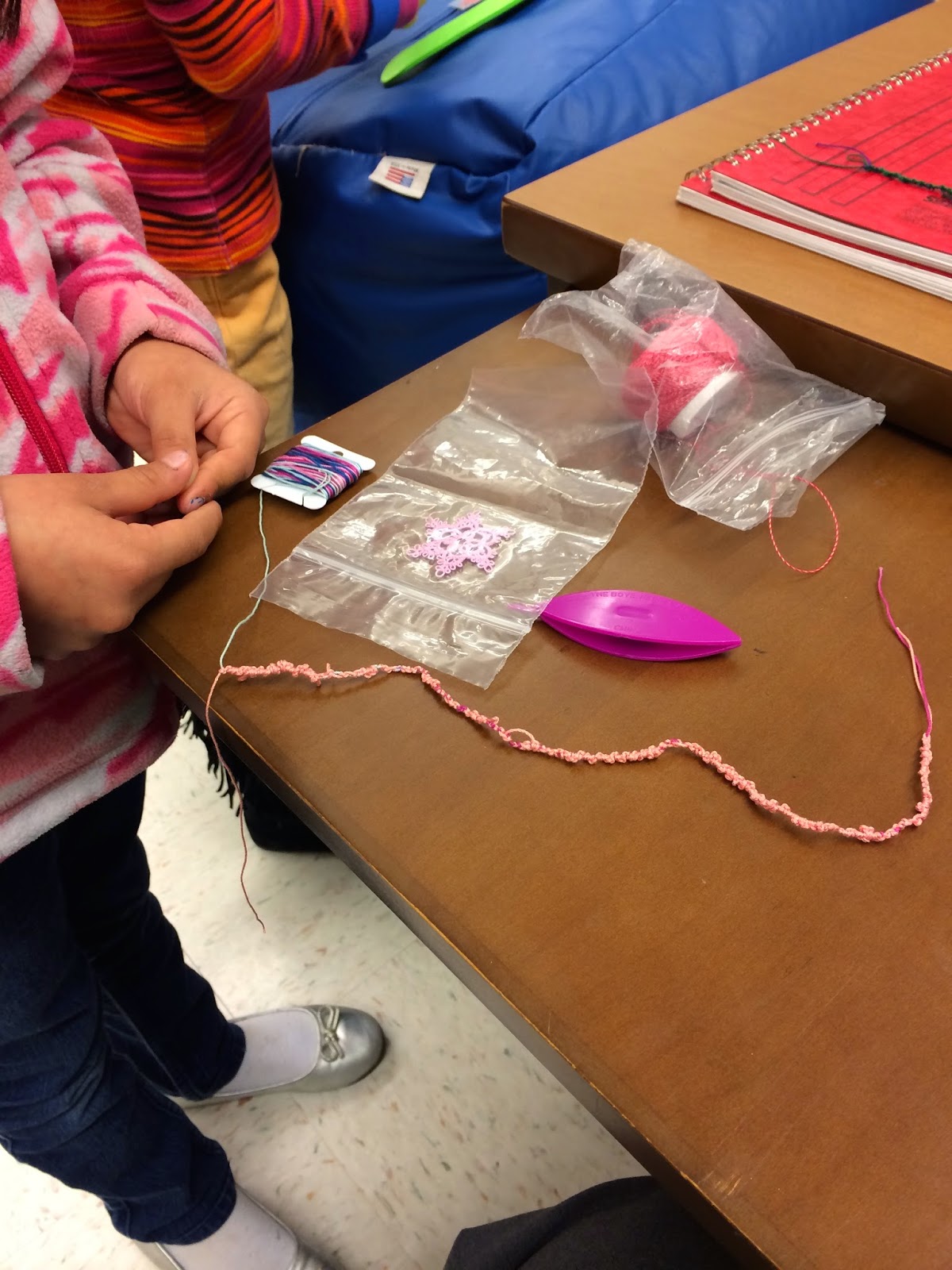 Because there are so many kids tatting and rewinding shuttles and floss bobbins every day, I took the time to wind 10 yards of thread on to floss bobbins last weekend. 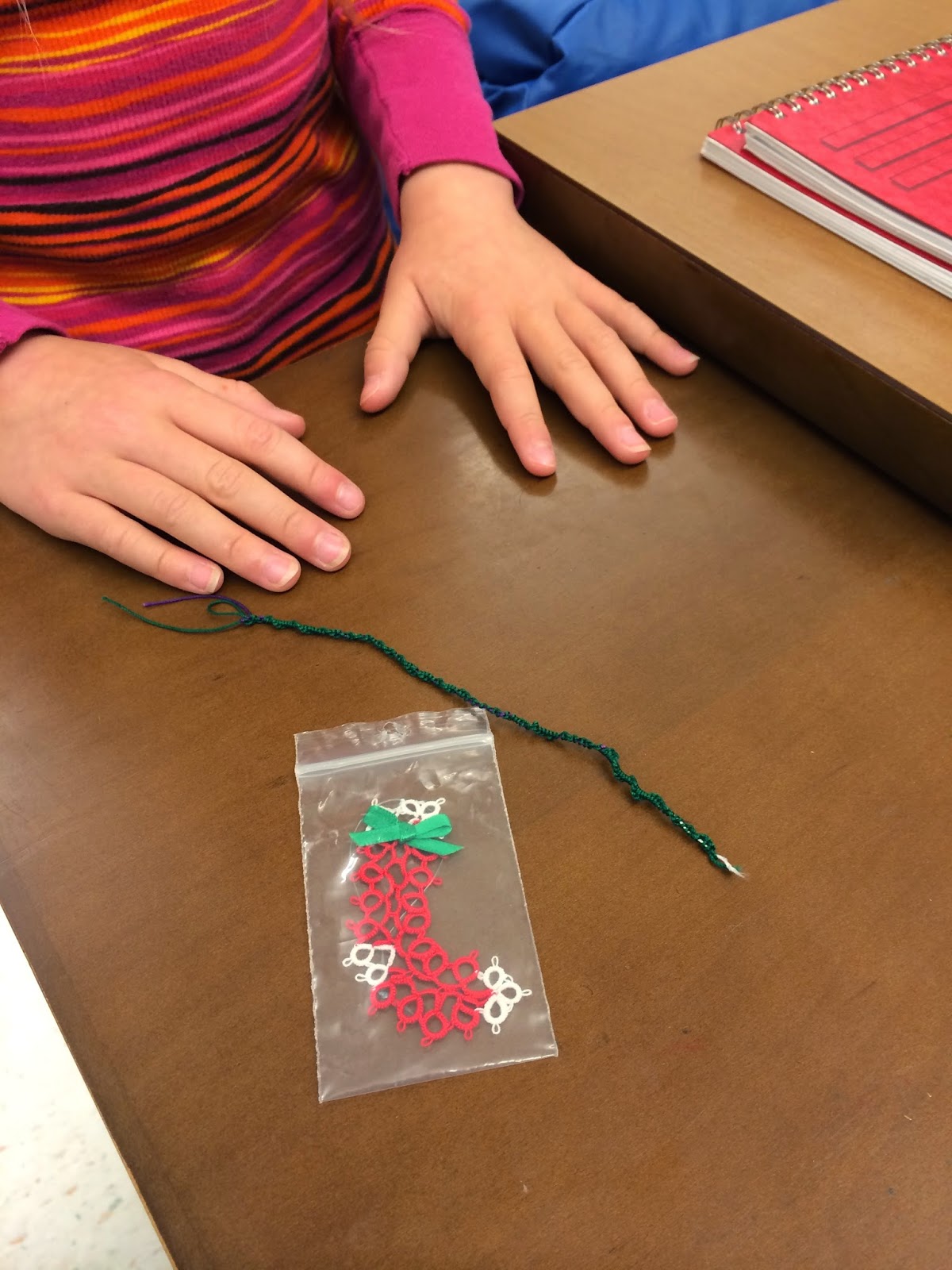 It was a big hit with the kids! They can exchange their empty floss bobbins for one already wound with thread. They wind their own shuttles. 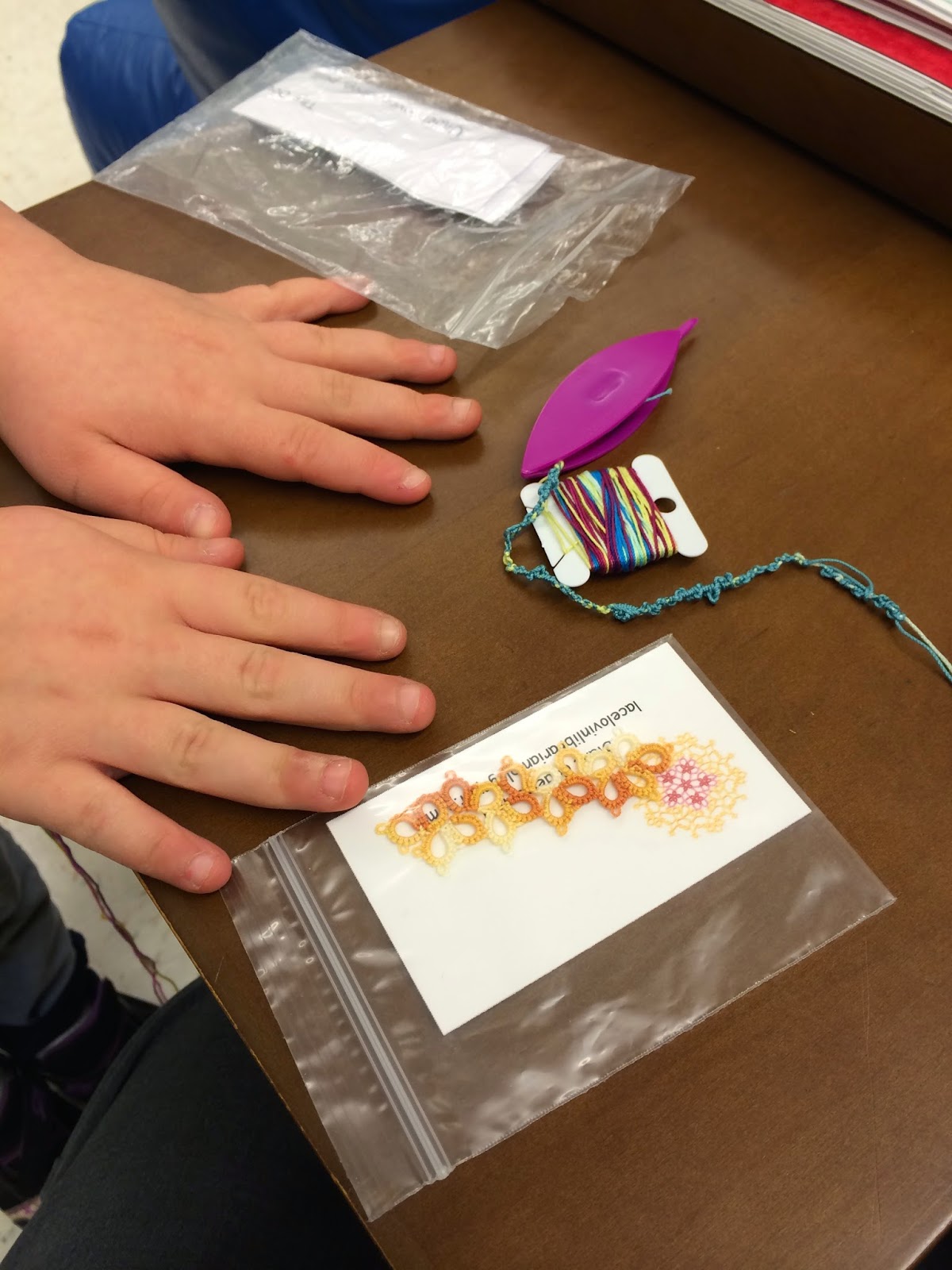 I had another big thrill on Friday. 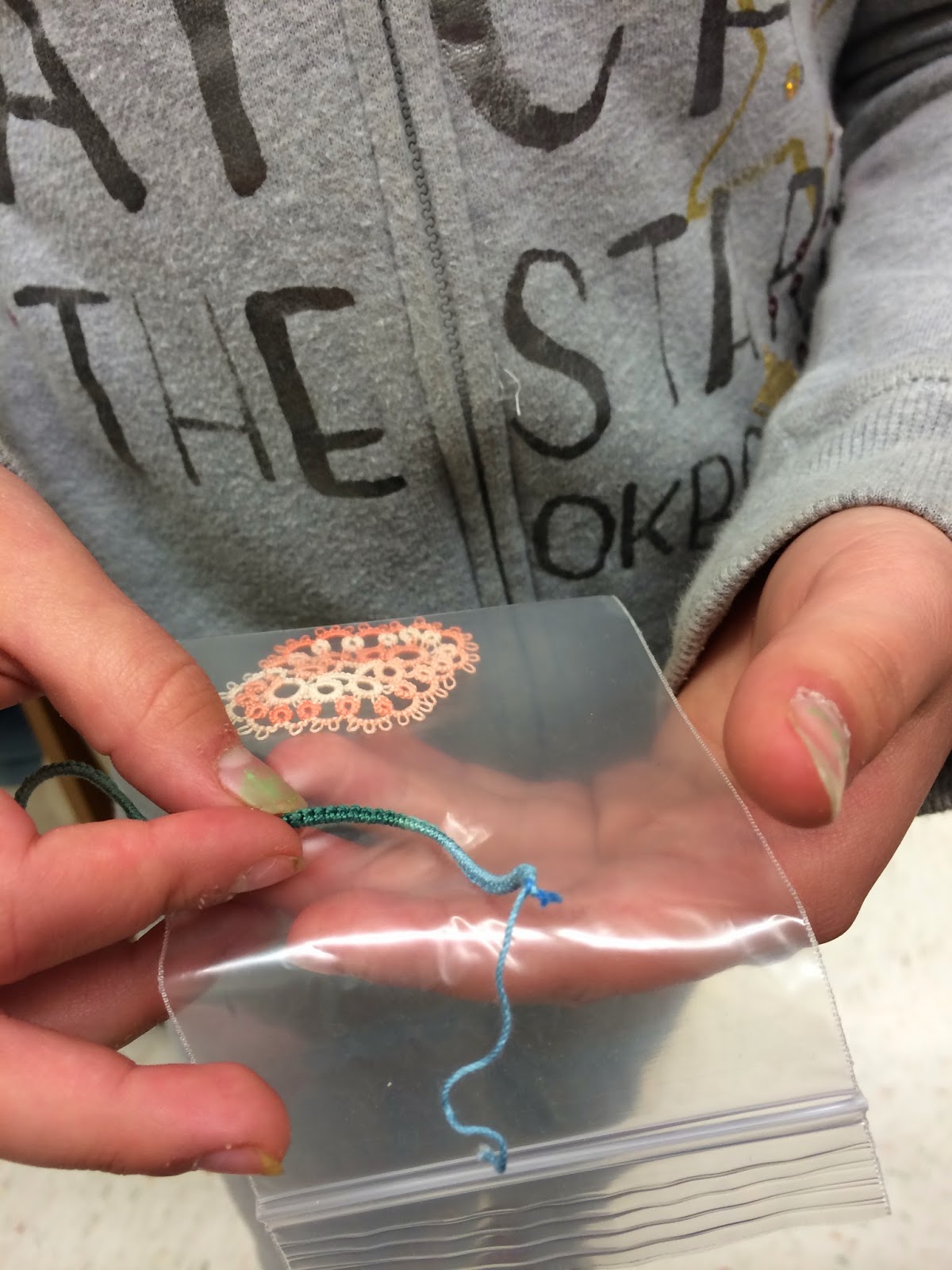 Monday, Tuesday, Thursday, and Friday, I end my day at the Middle School. I'm the district librarian, and on those days I finish the day checking in and shelving books. I enjoy going up there, because I get to keep in touch with students I've known since preschool. 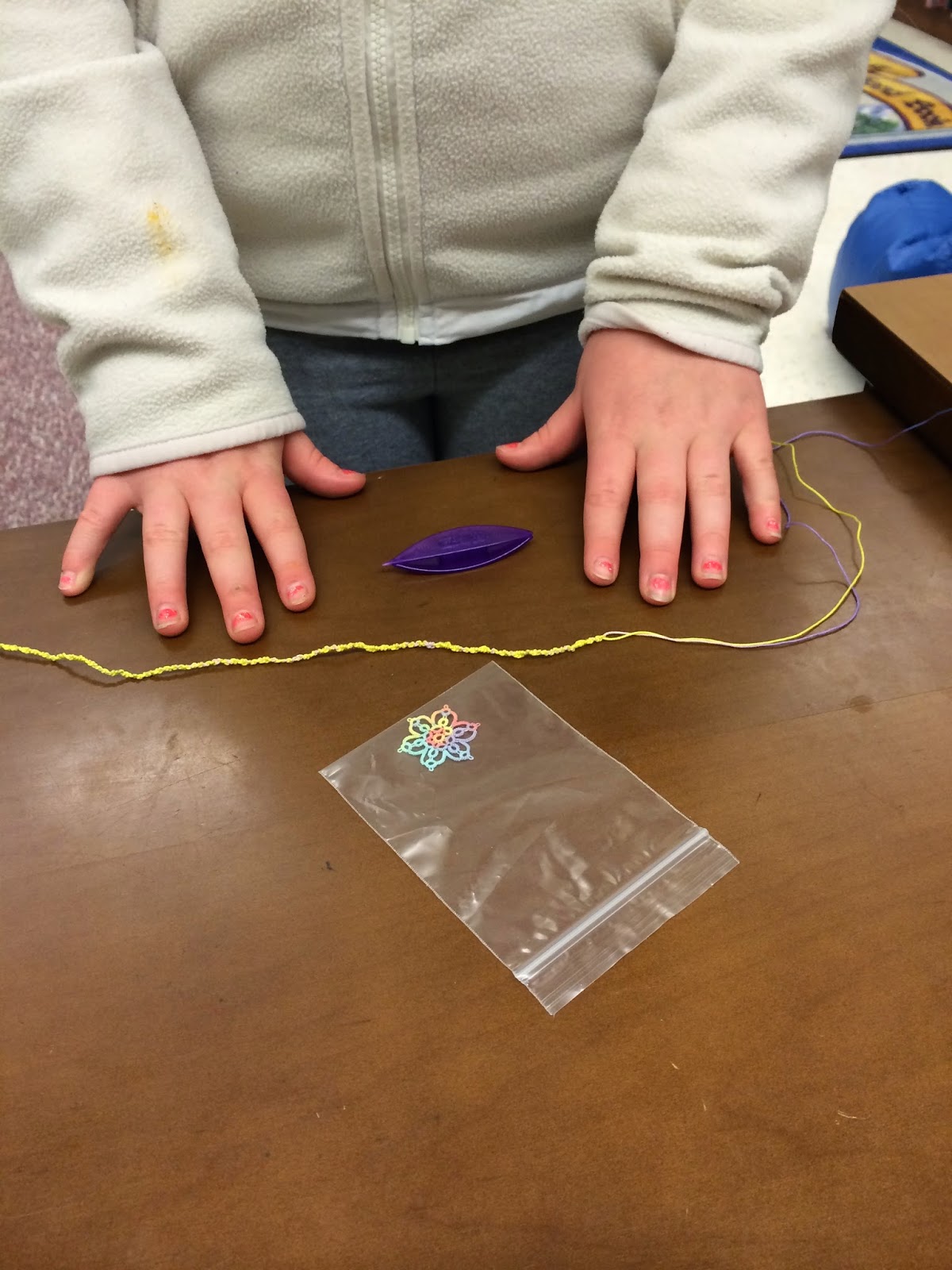 On Friday, a sixth grader who doesn't know me asked if I know how to tat. First of all, I was surprised that she knew who I was! It turns out, she has a sister in fourth grade. Alexis asked me if I would teach her to tat. You know my answer... 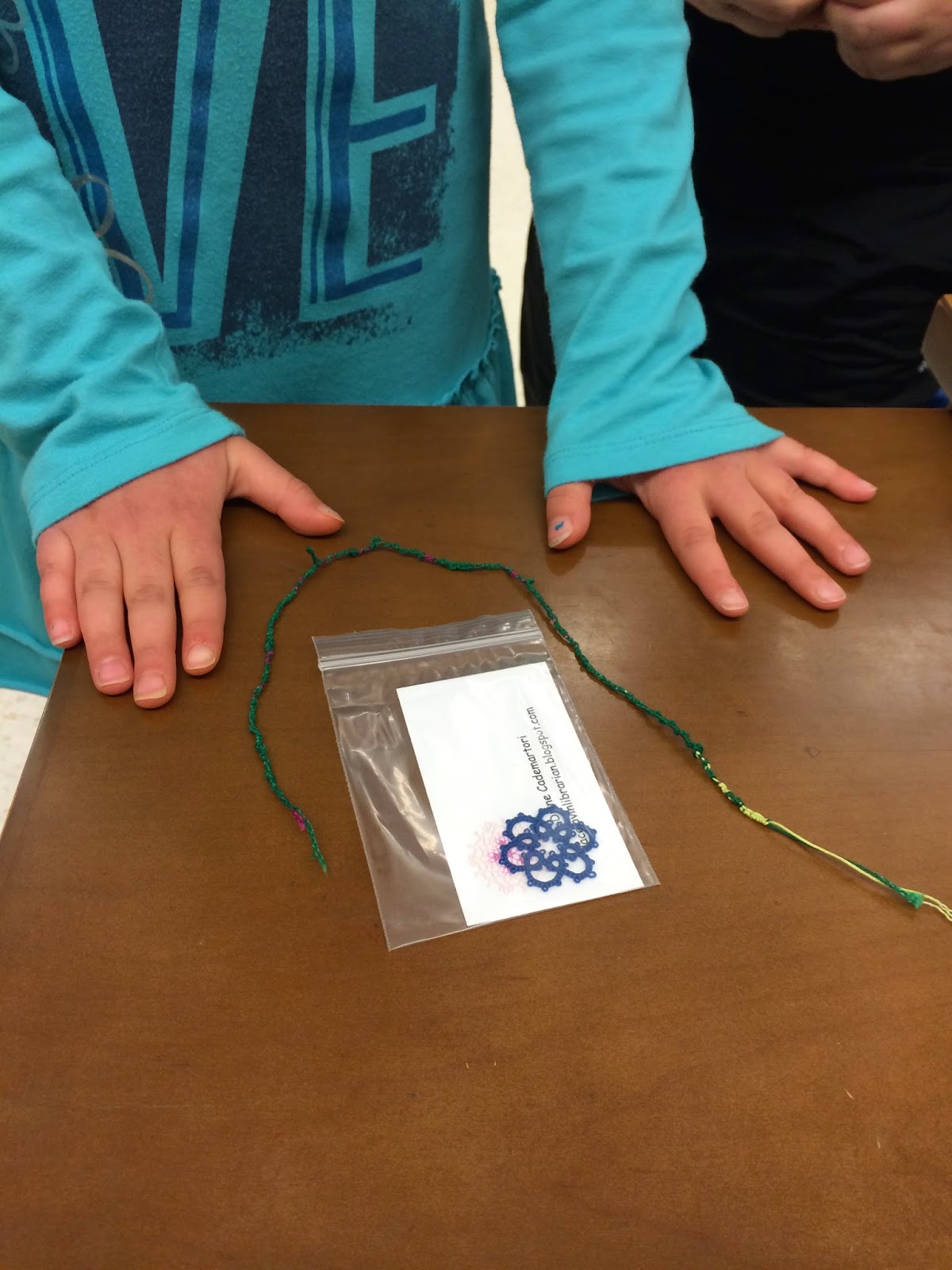 Could this virus be spreading to the middle school? I guess I'll soon find out!

Posted by Lace-lovin' Librarian ~ Diane at 5:29 AM