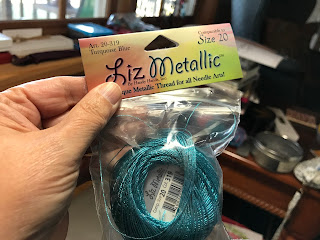 Subbing wore me out this week, so I didn't post yesterday. However, I did tat an Ice Drop! 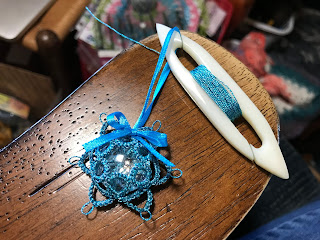 This is Liz Metallic Turquoise Blue. I do love this color! I used another of my Grizzly Mountain Arts shuttles. 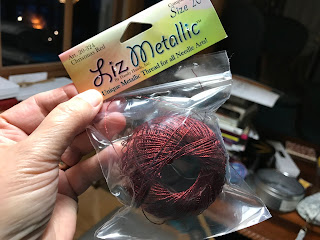 Today I chose to use Liz Metallic Christmas Red. 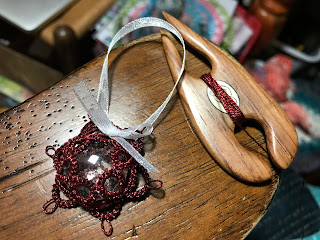 Yes, this is another Grizzly Mountain Arts shuttle. It's covered up by thread, but there is a beautiful letter "D", just for me! 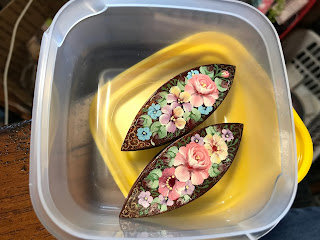 Yesterday's mail brought two lovely shuttles from Veronica of Tatting Shuttles. I think it's wonderful that we have the ability to collect tatting shuttles from around the world! 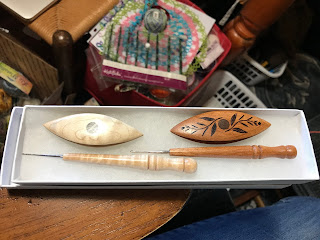 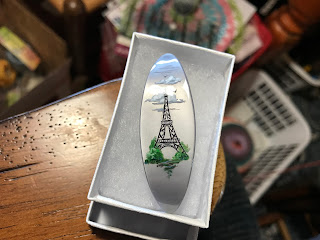 Today I received my newest shuttle from Rita Richmond of Shuttle by Design. I've never been to Paris, and I probably never will get there, but I love having a shuttle with the Eiffel Tower on it! 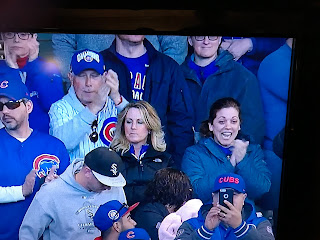 Dave and I had a big thrill today. We saw daughter Carol on t.v.! She's the enthusiastic brunette on the right. She was on screen just before the final pitch of the game, and the Cubs won! This is the second time we've seen Carol on t.v. when she was attending a Cubs game. The first time was two years ago at Wrigley Field. I guess being on t.v. two times makes her a star! ;-)
Posted by Lace-lovin' Librarian ~ Diane at 8:18 PM