As promised, the Tollway Tatters plunged into the problem of making the larger doodad work with my triangular pattern. We were a small group today, only four of us, but thanks to Sue Anna, we found success! 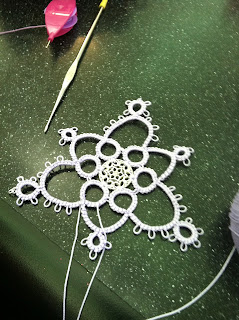 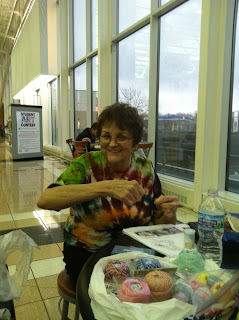 Barbara was busy working on a bell pattern, and she was very pleased with herself because she managed to tat more today than at any other Tollway Tatters meeting. Go, Barbara! 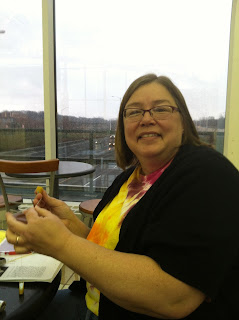 Carol was working on a Myra Piper motif in size 40. She was inspired by one that was a gift to her in size 20... very pretty, but too large for her mom's tree. She was using Lizbeth Blue Ice, one of my favorite colors! 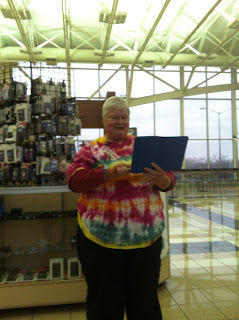 I took a close-up of Sue Anna, but it turned out blurry. Here she's busy taking a picture of us, even though it looks as if she's singing Christmas carols. ;-) 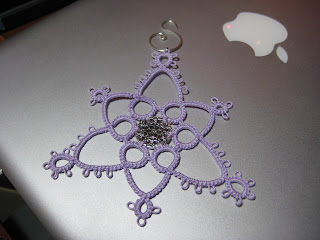 So, here's a picture of the Triangular Doodad Snow Crystal in size 10 Lizbeth, all cleaned up and ready for the tree! Sue Anna promised to send me a picture of hers when she finishes it.

So, what do you think, Jane? Will you be trying it in size 10? It's awful pretty!