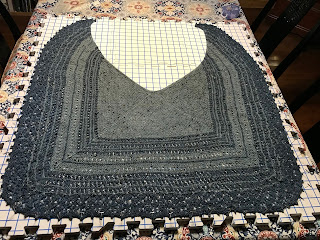 I finished my Sanditon MKAL last night and blocked it this morning. I'm very pleased with it, and I think I may knit another. 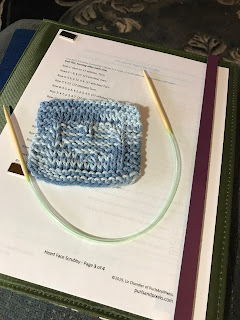 One of the ladies in the knit-along asked where knitters could find other knit-alongs. It turns out there's a page on Ravelry called MKAL Fanatics. Of course I had to browse! I found a link to Liz Chandler's Heart Face Scrubby. I had seen this earlier in the month, but I was too involved in other projects to check it out. This was a fast and easy knit, and I got to thinking that this would be a great way to sample knitting stitches. 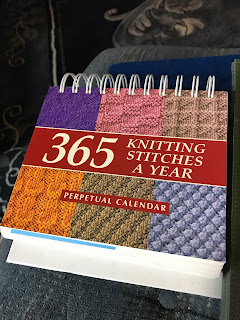 I bought this book years ago, thinking it would be great to work my through it. 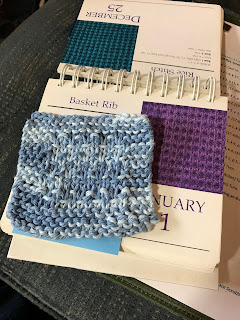 I started with January 1, and my knitting looked nothing like the picture. 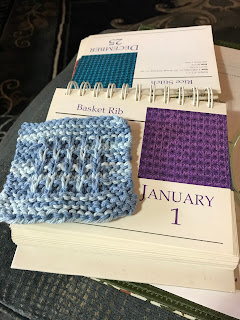 I Googled the pattern name and found a YouTube video tutorial. The pattern was pretty straightforward, but once again my knitting did not match the picture. 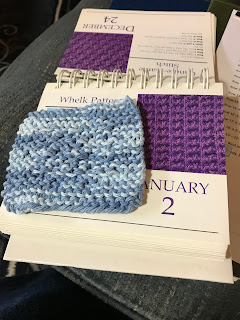 I decided not to spend any more time with trying to figure out what the pattern was and moved on to January 2. It's hard to see with the variegated yarn, but once again my knitting did not resemble the photo. 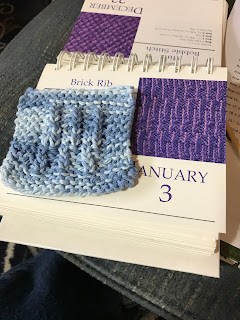 Moving on the January 3, I felt like I was close to knitting something similar to the picture, but it's still not quite right.

I decided to do some research on the book and found that the edition I have does not have errata online. I've emailed the publisher to see if I can get corrections, but I believe the book is out of print, so I don't have great expectations. I have other pattern books, so I guess I'll move on to them. 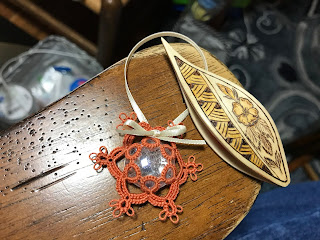 Dave and I went wine tasting yesterday, and I managed to tat a Doodle Ice Drop in the car. It's in size 20 Lizbeth #694, Harvest Orange Med. The shuttle is a Doodle Art shuttle from Dave Stanbrough of Grizzly Mountain Arts. 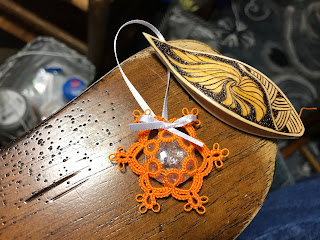 After finishing my knitting experiments today, I tatted another Doodle Ice Drop in size 20 Lizbeth #695, Bright Orange. Yes, that is another beautiful Doodle Art shuttle from Grizzly Mountain Arts!
Posted by Lace-lovin' Librarian ~ Diane at 3:47 PM